Dig, Dig, Digging the Suez Canal. The 101-kilometer-long Suez Canal was opened in 1869, connecting the Mediterranean and the Red Sea. It is the most convenient waterway from the Atlantic Ocean to the Indian Ocean and the Pacific Ocean. Its repair is of great strategic significance to Europe, because 70% of Europe's imported oil passes through the Suez Canal.

Unexpectedly, a 400-meter-long giant ship called EVER GIVEN with a displacement of 200,000 tons lost its maneuverability in strong winds and sand and dust. It "stuck" in the Suez Canal in Egypt on the 23rd local time, causing serious blockage of the river. There are long queues of freighters on the waterway, and a large number of ships are waiting to pass. 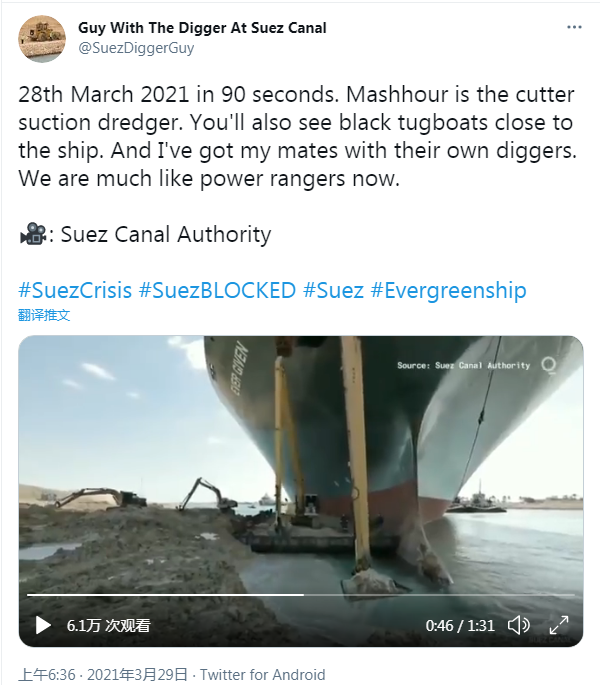 Egypt sent excavators and bulldozers to help the Ever Given escape. Clean up the sand around the ship's grounded area. Is it a “Drop in the bucket”?杯水车薪Digg Digg Digging, there’s almost no improvement.
Simplifying the problem a bit and deal with it by physical means?

“The best chance for freeing a massive container ship that's blocking the Suez Canal may not come until Monday,29th March, when the tide will reach a peak.”
Will See.